An overview of the creation of the Avicenna Alliance and the appointment process of the new VPHi Executive Director, Prof Lies Geris 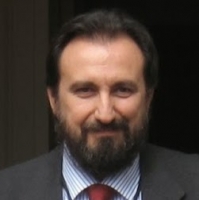 "Three years ago, when the Board started to plan my succession in the role of Director of the VPH Institute, that seemed the end of my active engagement with the institute.  And even when soon after the membership honoured me of electing me as the second President of the VPH Institute, this was still more an honour than anything else.

However, recently I was called back to handle a complex process that produced the creation of the Avicenna Alliance, and the replacement of Adriano Henney with Liesbet Geris.  In the spirit of the complete transparency that inspires the action of our institute, I would like to share some background of this complex set of events.

When Adriano was hired to assume professionally the role of Director of the VPH Institute, no one was planning such a short mandate.  Adriano had done a splendid job as Director of the Virtual Liver Network, and his past industrial experience was well suited as the institute worked to collect the fruits of the engagement with the biomedical industry within the Avicenna action.  No one was expecting at that time that the industries would react so quickly in forming the Avicenna Alliance, and or that the newly established alliance would decide to set-up a separate legal organisation, distinct form the VPH Institute.

The fact that we did not plan it, it does not mean we disagree with these decisions. Under the leadership of Adriano the Board of the VPH institute was engaged with the entire process, contributed actively to it; in fact, while for a number of reasons it was decided to establish the alliance as a separate legal entity, the statute of the Alliance reserve half of the sits in their governing body to representatives of the VPH Institute.

Still, the decision to separate the Alliance from the VPH Institute posed some problems of leadership.  The Avicenna Alliance clearly needed a professional leadership that Adriano was ideal to provide.  But also, with the separation of the industrial chapter form the institute, the idea of having a professional director became questionable, and difficult to sustain financially.  After some extensive deliberation, the Board and Adriano agreed that Adriano would leave the direction of the VPH Institute to take on that of the Avicenna Alliance, and gave me mandate, as President of the VPH Institute to find a suitable replacement. My search was quite easy: Liesbet Geris has been among our members one of the most committed to the life of the institute, in her vital role of chair of the Policy Affairs Work Group.  I was delighted when Liesbet accepted my invitation, which the Board unanimously ratified.

The position of Liesbet as third director of the institute, is somehow intermediate between Adriano and me. I served on a totally voluntary basis, while Adriano was a contracted professionally.  Liesbet will operate on a semi-professional basis, and will receive a small reimbursement to cover some of the indirect costs that this role will entail.

This is not a detail.  Legal entities like our are usually designed after one of two models: either as a scientific society, where most leadership roles are voluntary, and only staff is hired on a professional basis; and pre-competitive organisations, that even if not for profit, are operated entirely on a professional basis.  Societies have individuals as members, small fees, proportionally small operational costs; pre-competitive organisations have legal entities as members, significant fees, and professional employed management.  The VPH Institute was designed as a hybrid between these two models, because our intention was to serve both the academic and the industrial communities. Now, as the representation of the industrial community is handed over the newly established Avicenna Alliance, one may wonder if this business model is still valid for the VPH Institute.

In fact, in recommending Liesbet appointment to the Board, I also recommended that her first 100 days are spent in revising the mission of the institute in the light of these changes, and then reflect if the current organisational model is still the best one."

The European Commission launched a 6-week targeted consultation on the priorities, strategic orientations and needs for the 2023 EU4Health programme. Contribution deadline: 27 June 2022 -Read more-
The award is given for her research into the development of new in silico strategies, using numerical models, in the field of tissue engineering. Sincere congratulations from the in silico community! -Read more-
With this series of interviews, we want to help VPHi's members get to know one another and involve more and more students in this group, contributing significantly to the Institute's life and the in silico community! -Read more-
This special issue, edited by Irene E. Vignon-Clementel et al, was published in the Annals of Biomedical Engineering. -Read more-