The European Research Council (ERC) has today announced the outcome of the latest round of its top-up funding scheme 'Proof of Concept'. Worth up to €150,000 each, these grants provide funding for researchers, who are already ERC grantees, to bridge the gap between their research and marketable innovation. In this call, a total of 60 grants have now been awarded, of which the final 27 were made public today. The first 33 grants were announced in September 2012. 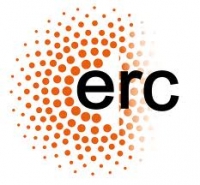 Projects cover a wide range of topics, such as innovative drug therapies and new biomaterials, greener and cheaper industrial chemical substances, as well as a more inclusive approach for building accessibility. The funding can cover activities related to, for instance, intellectual property rights, investigation of commercial and business opportunities or technical validation.

Commissioner for Research, Innovation and Science Máire Geoghegan-Quinn said: "This second 'Proof of Concept' call is great news, as we need to bring more of our best ideas to market for Europe. This scheme helps ERC grant holders to realise the potential of their breakthroughs and discoveries. Through these grants and by funding 'blue sky' research in general, the ERC is helping make Europe more competitive now and for the future."

ERC President Professor Helga Nowotny commented: "Introduced in 2011, it is very encouraging to see that the 'Proof of Concept' is well on its way towards achieving its objectives. This top-up funding allows ERC grantees to take the findings of their research a crucial step further towards the market. Results from the first call are already emerging, and we also see growing interest in the scheme. With a limited part of the ERC budget, these grants not only help maximise the value of ERC funded research, but open new interfaces between fundamental research and industry in Europe." Grants go to researchers across ten countries in the European Research Area. The budget for this whole call is € 10 million.  The success rate is around 50%, compared to 33% in the  first 'Proof of Concept' call. A total of 69 proposals were submitted in October 2012 to the second deadline of this call. The first deadline was in May 2012.

Examples of projects selected for Proof of Concept (PoC) funding

Hydrogen peroxide is a chemical substance that has numerous applications. It is commonly used in the textile and paper industry as a bleaching agent. This “green” oxidant can treat polluted water, soil and air emissions and it also has cosmetic and pharmaceutical applications. Although the demand for hydrogen peroxide is expected to rise in the following years (over 4.5 million tonnes by 2017), its production process is very expensive and involves precious metals such as gold, which acts as a catalyst (i.e. a component that can accelerate a chemical reaction). With his PoC grant, Prof. Hutching will bring to pre-commercial stage an efficient  and cheaper catalyst for the direct synthesis of hydrogen peroxide. To ensure that their technology meets industry requirements, the research team will launch a market and economic feasibility study with the support of their PoC grant. Prof. Hutchings’ commercial project arises from research undertaken as part of his ERC Advanced Grant “After the Goldrush”. It builds on ground-breaking work that identified the catalytic properties of gold and offered an innovative approach to produce a new  generation of cheaper catalysts that can be used in large-scale manufacturing processes.

catalyst design (After the Goldrush)

Successful bone regeneration depends on the establishment of a good contact between an implant (e.g. osteoconductive materials such as metals, ceramics, polymers) and the newly forming bone. One of the future challenges lies in boosting bone regeneration by limiting the number of surgeries while reducing their cost. With her ERC Starting Grant 2010, Prof. Picart has developed new biomaterials permissive for the engineering of musculo-skeletal tissues and for guiding tissue regeneration. Her team has shown that “smart” films like biopolymer films were capable of supporting the adhesion, the proliferation and the differentiation of muscle and skeletal cells in vitro. The PoC grant will now allow Prof. Picart to test the pre-clinical efficacy of these newly generated biomaterials as well as their ability to deliver bioactive proteins. These proteins, such as the bone morphogenetic protein (BMP) are known to stimulate bone growth. More specifically, the researchers will aim to prove the activity of biopolymer films loaded with BMP after aging and to demonstrate the mechanical resistance of the generated film on orthopedic and dental implants. They will also investigate the osteo-inductive potential of alternative BMP loaded materials and prove the capacity of the film to generate bone in living small animal models. Their hope is ultimately to commercialise a new generation of orthopedic and dental materials.

ERC Starting Grant 2010: Biomimetic films and membranes as advanced materials for studies on

Disability is often associated with access legislation rather than a source of creativity for architects. Prof. Heylighen wants to reverse  this perspective: disability can be  seen as a valuable source of design and a great opportunity for dialogue. Through their bodily interaction with the environment, people with disabilities are able to detect obstacles and appreciate spatial qualities that architects are not attuned to. With her PoC grant, Prof. Heylighen envisages to enable disabled people to “rent out” their spatial experience to inform architects’ design process. This service – in line with the concept of social innovation – will help architects design more inclusive environments,  i.e. respectful of the diversity in people’s abilities and conditions. Her approach has economic and societal advantages: as the population ages, the number of Europeans with some disabilities is expected to increase in the following years. It is important for them as well as for the owners of buildings to create more inclusive museums, shops, restaurants, etc. This project will also empower people with disabilities by highlighting their expertise and it could strengthen their position in the labour market. Prof. Heylighen’s project originates in the research she conducted with an ERC Starting grant. She studies whether and how disabled people’s experience can expand the ways in which architects understand and design space.

One of the major drawbacks of pharmacological therapies is the difficulty to control drug kinetics and restrict drug action to the target organ. This in turn limits the efficacy of drugs and triggers undesired side effects for patients. With his ERC Starting Grant 2007, Dr. Gorostiza has developed an innovative approach to control the activity of drugs with light in cell culture systems. The PoC grant will allow Dr Gorostiza to go a step further by testing his new methods on important pharmacological target receptors and assay them in vivo. Dr. Gorostiza expects these tests to lead to the first clinical trials and to present the biomedical applications of his  project to pharmaceutical companies. Ultimately, there are hopes that the combination of drugs with an external illumination device could create a more personalised medicine where therapies could be tuned to adapt to each individual patient.

Building on their rich work in digital health, EPF began engaging at different levels on Artificial Intelligence in healthcare, from policy to capacity building in 2020. -Read more-
The first high-level partner meeting of the EDITH-CSA (European Virtual Human Twin in Healthcare - Coordination and Support Action) Consortium took place in Leuven, Belgium on 29-30 November 2022. -Read more-
On 29 November 2022, an article was released presenting in laymen terms what in silico medicine is and what its possible applications are. -Read more-
A number of research positions in the field of in silico medicine opened in the last month, find a list in this page. -Read more-