In occasion of a satellite symposium during VPH2014, representatives of the VPH Institute and the Hunt Research Centre agreed to work on a common strategy to make computational physiology become an integral part of human biobank concept development.

Human biobanks are anticipated to play an increasingly important role in the creation of an evidence-based personalised medicine as they start to include both genomic data and a wider array of phenotypic data that can be linked to personal health records. The necessity of access to this wider collection of individual phenotypic data for developing a truly personalized medicine is becoming increasingly clear as we seem to be approaching the limits of what genome-centred approaches can provide alone. However, the identification of the phenotypic data that will be maximally informative within the confines dictated by logistic, technological and economic considerations poses a tremendous challenge. This concern defined the backdrop of a recent meeting between leading representatives from the HUNT Research Centre (HRC) at the Norwegian University of Science and Technology (NTNU) and the Virtual Physiological Human Institute (VPHi)for Integrative Biomedical Research. The meeting was run as a satellite symposium in conjunction with the Virtual Physiological Human 2014 conference, September 9-12, in Trondheim, Norway.

The symposium addressed to which degree computational physiology in the broad sense may become an unprecedented guide for identifying which new phenotypic data (and thus which new phenotyping technologies) should be selected in the context of biobanks and large population-based studies. The symposium concluded that HRC and VPHi should together take on the role of pioneering the formulation of a white paper on how computational physiology should become an integral part of human biobank concept development.

The two bodies are both superbly positioned to take on this assignment. The HRC is responsible for collecting the HUNT biobank data and providing international access to these data. In October 2013 the HUNT biobank was awarded the title of  “European Research Biobank of the Year, 2013″ in Verona, Italy, by the European, Middle Eastern and African Society for Biopreservation and Biobanking (ESBB). This was the first time the competition was arranged by ESBB and 17 biobanks from 11 countries competed for the title. The VPHI is an international non-profit organisation coordinating the international efforts ensuring that the Virtual Physiological Human is fully realised, universally adopted, and effectively used both in research and clinic. 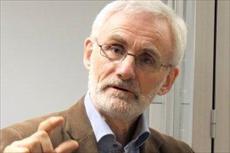 Both Kristian Hveem, managing director of HRC, and Marco Viceconti, director of VPHi, are excited  about the opportunities that this collaboration open for moving us faster towards an evidence-based personalized medicine. “I am particularly intrigued by how computational physiology is capable of connecting a comprehensive amount of biomedical data into a functional explanatory and predictive whole and thus point to which new data are needed” says Prof Hveem.

Prof Viceconti stresses that “while computational physiology is arguable the most efficient synthesizer of intellectual capital from various disciplines, it is mission critical that it becomes nourished and confronted by massive amounts of data that only a mature phenomics technology closely tied to genomic data and health records in a biobank context can provide”.

Both conclude that this novel alliance paves the way for letting biobanks become hubs for exploring new and forceful integrative avenues that also include the efforts of the genomics, bioinformatics, molecular biology, experimental physiology, molecular systems biology and instrumentation engineering communities.

The high-level partners meeting has been held in Leuven, Belgium, on 30-31 January 2023 -Read more-
On the 19th-20th January 2023, the Kick-off meeting of the interdisciplinary consortium of the European research project REALM, took place in Maastricht. The consortium is led by Professor Michel Dumontier from Maastricht University and is composed of 13 European partners, including the VPHi, and two associated partners. -Read more-
The VPH institute is looking for 2 motivated persons with a background in computer modeling and simulation, digital twins, artificial intelligence or health data to reinforce the team and help to build the ecosystem for digital twins in healthcare. -Read more-
The Member States of the World Health Organization recently agreed to develop the first draft of a legally binding agreement designed to protect the world from future pandemics. -Read more-