On 21 October 2013, members of the VPH Policy Affairs Working Group (PAWG) were in Strasbourg to attend a vote by the European Parliament’s Civil Liberties, Justice and Home Affairs Committee (LIBE) on the General Data Protection Regulation (GDPR). 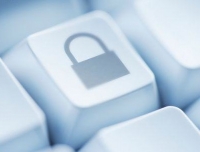 The Regulation, as has been discussed in previous editions of the VPH newsletter, would aim at modernising Europe’s data laws (last reviewed in 1995) and will replace the individual laws of the 28 EU states with one uniform piece of legislation.

The LIBE Committee’s Report, which must still be voted on by the rest of the European Parliament, will require explicit consent before handling a person’s data, as well as giving individuals the right to have their data deleted on request and imposing restrictions on transmitting data outside the EU.

Measures are particularly restrictive when it comes to the use of sensitive data such as health or genetic data.

The result could not be said to be positive for researchers and many public health organisations that are active at EU level are outraged at the result. Many actors are already saying that the Regulation, would effectively bring to a halt, all health research in the EU.

This reaction is somewhat premature however as the Council of Ministers is a co-legislature together with the European Parliament and must also develop its position on the Regulation. The Council’s position by contrast to the Parliament’s current position, is far more favourable to research and it is not expected that the Parliament’s uncompromising position will prevail in the face of pressure from healthcare professional and medical research stakeholders.

Key MEPs involved in the dossier hope that the Regulation will be formally approved by May 2014 although many feel that this is unlikely.

On 24 August 2020 the VPH2020 conference will open with a special session completely dedicated to COVID-19 -Read more-
An innovative training network, coordinated by Jérôme Noailly, principal investigator of the area of Biomechanics and Mechanobiology of the BCN MedTech research unit and VPHi member, aims to advance computational simulations integrated into translational medicine, applied to intervertebral disc degeneration. -Read more-
On 6 July 2020 at 16.00 CET Prof Lies Geris will give a webinar on “In silico tools for skeletal tissue engineering from bench to bedside” -Read more-
The AA has collected five case studies to show the potential that has yet to be unleashed by modelling and simulation. -Read more-