Back in November 2012, we had the Second Consultation Meeting in Barcelona, exploring the scientific and technical challenges that have to be overcome in other to make the Digital Patient, a reality. We reported the first half of this meeting in our December issue of the newsletter; you can read this here http://vph-institute.org/news/discipulus-how-were-these-topics-discussed-on-the-day. In our latest issue, we report the second half of the meeting and bring things right up to the present.

When we reported the first part of the meeting, we mentioned the breakout sessions, which allowed attendees debate and explore issues in detail, the whole day looked something like this: 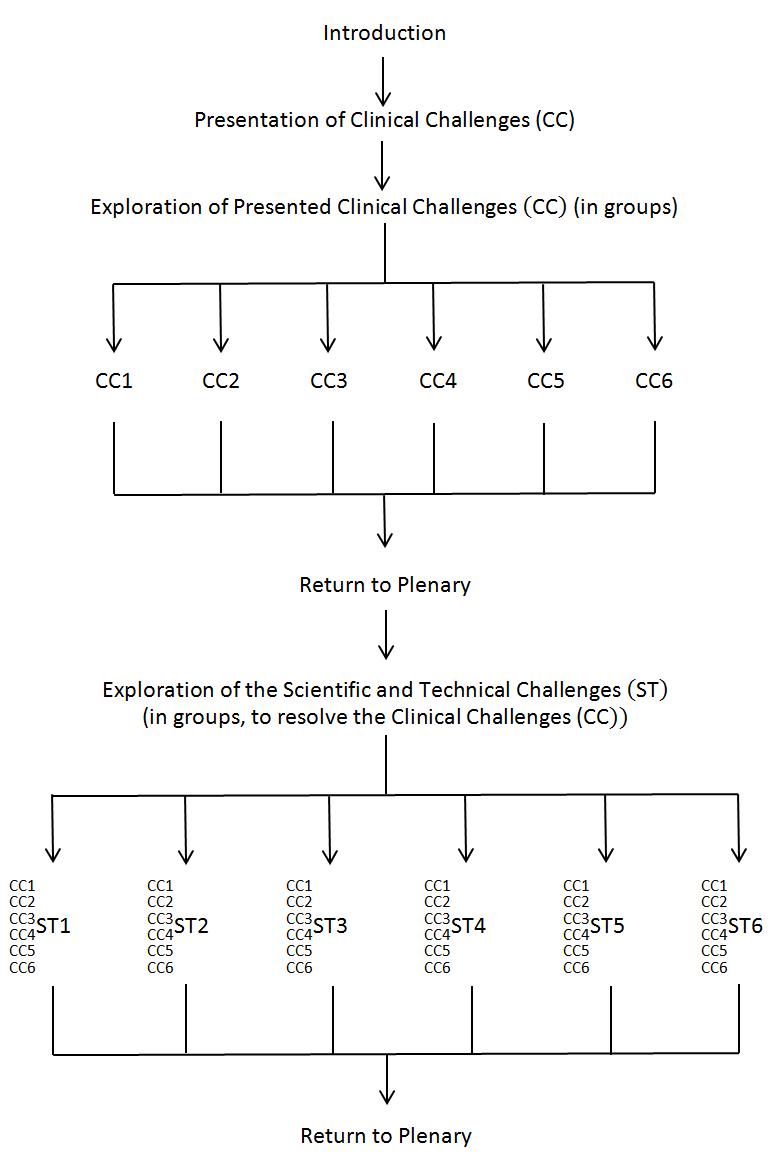 Simple Flowchart Illustration of the Format of the Second Consultation Meeting

We ended that issue on the scientific and technical challenge breakout session, and explained that a lot of material had been generated from which the Digital Patient Roadmap could be built.  There was a final plenary session in which this rich resource for the roadmap was reviewed.  So what happened during the final plenary?

Well, the Facilitator of the Meeting, Isabelle Read, invited one to two representatives of each of the scientific and technical challenge groups to the floor to present the outcome of each of their group’s discussion.

On the 19th-20th January 2023, the Kick-off meeting of the interdisciplinary consortium of the European research project REALM, takes place in Maastricht. The consortium is led by Professor Michel Dumontier from Maastricht University and is composed of 13 European partners, including the VPHi, and two associated partners. -Read more-
The VPH institute is looking for 2 motivated persons with a background in computer modeling and simulation, digital twins, artificial intelligence or health data to reinforce the team and help to build the ecosystem for digital twins in healthcare. -Read more-
The Member States of the World Health Organization recently agreed to develop the first draft of a legally binding agreement designed to protect the world from future pandemics. -Read more-
The Journal of the Biomedical Engineering Society has just released a special issue on Modeling for Advancing Regulatory Science. -Read more-