Home » News » WHO declares “Ageing well” must be a global priority

WHO declares “Ageing well” must be a global priority

On November 6th, 2014 a major new Series on health and ageing, published in "The Lancet", warns that unless health systems find effective strategies to address the problems faced by an ageing world population, the growing burden of chronic disease will greatly affect the quality of life of older people. 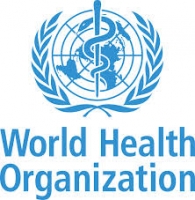 WHO reports that worldwide, life expectancy of older people continues to rise. By 2020, for the first time in history, the number of people aged 60 years and older will outnumber children younger than 5 years. By 2050, the world’s population aged 60 years and older is expected to total 2 billion, up from 841 million today. Eighty per cent of these older people will be living in low-income and middle-income countries.As people across the world live longer, soaring levels of chronic illness and diminished wellbeing are poised to become a major global public health challenge.

The WHO warn has prompted a great deal of policy discussion at European and Member State level, increasing policy attention to a topic which has been long present policy but without hard data. While the deadly chronic diseases could be said to have marked the last century’s health policy, the ability to live with such diseases and maintain an active lifestyle will no doubt pre-occupy the early years of this one.

If ageing is to become a global priority in policy, the PAWG will work to ensure that VPH technologies are promoted as part of the solution.

The EC opened the first EIC Accelerator calls. The funding worth over €1 billion aims to help scale up start-ups and small and medium-sized businesses that have the potential to achieve high impact. -Read more-
The Commission has adopted the main work programme of Horizon Europe for the period 2021-2022, which outlines the objectives and specific topic areas that will receive a total of €14.7 billion in funding. -Read more-
This month we would like to highlight two papers that are the result of a joint effort of the VPHi community with different stakeholders. -Read more-
The award consists of a money price and a plenary lecture at the VPH2021 Summer School held in Barcelona (and online) from 7 to 11th of June 2021. -Read more-